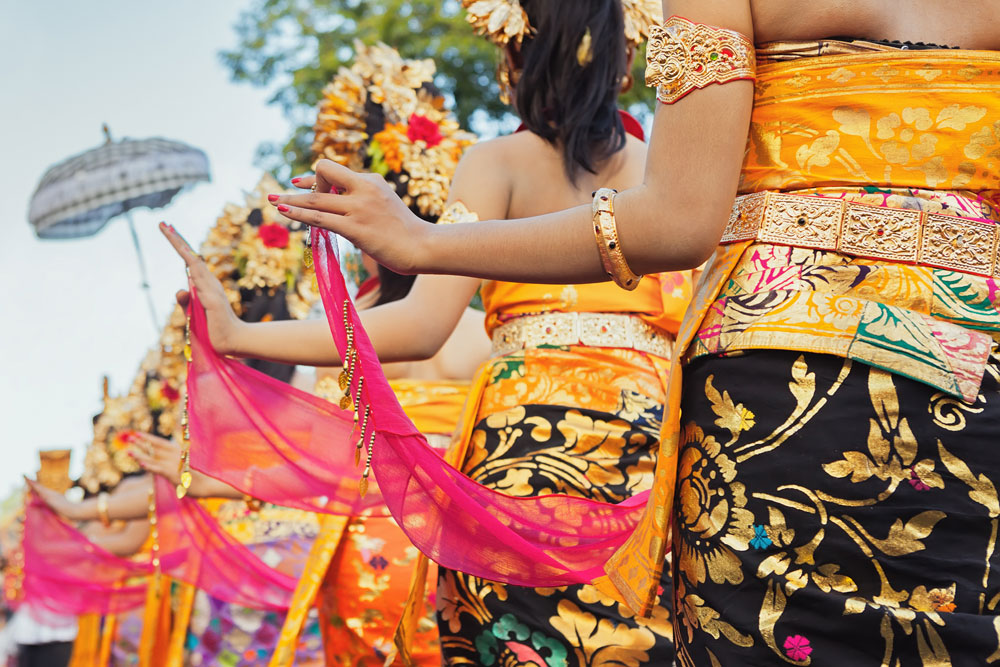 Galungan is a sacred Balinese holiday that celebrates the victory of dharma (virtue) over adharma (evil). It is a time of spiritual strength that marks when Ancestral spirits visit the Earth.

During Penampahan Galungan, or Galungan Eve (on September 6th in 2016), Balinese households busily prepare for the following day’s ceremony by decorating curved bamboo poles with fruit, leaves, coconuts, rice — anything that signifies nature and harvest. These ‘penjor’ poles line the roads, symbolising the blessings of Mother Nature.

The next day sees the arrival of Hari Raya Galungan. People place penjor poles on the right side of their home’s entrance, and wear their finest clothes and jewels.

Nine days later is Penampahan Kuningan, the penultimate day of the festive season. Local culinary tradition features strongly, with traditional foods and spit-roasted pork — hence the name ‘penampahan’, which literally translates to ‘slaughter’. The men prepare the pigs, while the women prepare colourful offerings of foods, fruits and flowers.

Finally, on Hari Raya Kuningan (on September 17th in 2016), the holiday period comes to an end with a special ritual ceremony for the Ancestral spirits. The Ceremony is held to remind people, ritually and spiritually, to uphold dharma over adharma. The core of Galungan is to reject chaos of thought, and to obtain a clear mind and spiritual union in the form of dharma. On this day, our ancestors depart back to their own world, to return the next year once more.